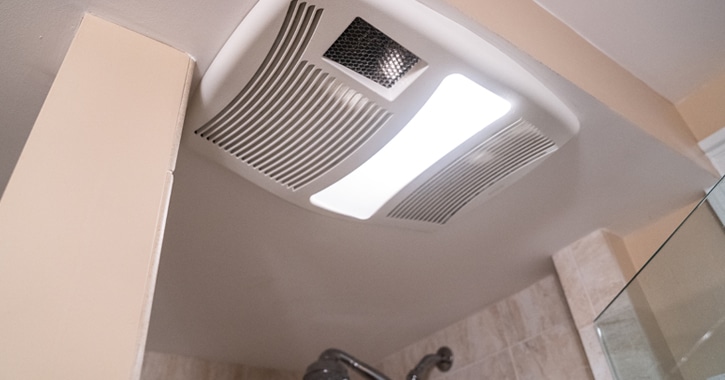 Living in a home with a bathroom plagued with a lingering smell has got to be the worst experience ever. Luckily you can get rid of unpleasant odor and dust in your bathroom with a flip of a switch. While Ductless bathroom fans are among the most popular accessories, the majority of people still tend to have various questions when it comes to functionality.

To get things clear, Ductless fans are considered useful at their intended purpose; mitigating odors. However, although they are quiet and energy-efficient solutions to unpleasant smells, ductless bathroom fans will not remove moisture. Even when some product descriptions say so, it’s practically impossible to eliminate moisture using duct fans.

What’s the Point of a Ductless Bathroom Fan?

The straightforward answer to why you may want to invest in a ductless bathroom fan is to help eliminate bathroom odors. These models can help clean the air of any unwanted smells, but on the flip side, they do not code when it comes to eradicating moisture.

Ductless bathroom fans are designed for rooms without showers or bathtubs. In fact, they’re developed for situations where installing an entire duct system to get the air outside is rather impossible. With no ventilation, ductless bathroom fans lose the ability to actually eliminate the moisture from the room.

All they can do is keep the air circulating inside the room. So if this is the only option that you’ve got for your bathroom, then you might need to pair this with an open window or bathroom door. This will help to avoid trapping the moisture in the room after a shower.

These types of fans work best with restrooms that don’t have baths or showers in them. They can be great for small toilet and sink-only rooms, given that the bathroom is one of the areas in the house that requires a bit of attention in terms of odor control.

In addition to air fresheners, candles, or such, the best way to effectively keep odors in your bathroom under control is through a ductless bathroom fan, especially where installing an exhaust fan is not possible.

With a price tag ranging from $30 to $60, you can get a brand new ductless bathroom fan. These models are relatively budget, but that doesn’t include the cost of an electrical vent or creating a duct in your ceiling.

Ductless bathroom fans are designed for rooms that require air circulation, but where ducting is either had to achieve or not practical. You can install a ductless bathroom fan in a place where humidity isn’t a concern, like a kitchen, a half-bath, or a closet.

Another impressive thing about ductless bathroom fans is they’re more quiet compared to other models that operate with a subtle roar. So if you want to take a bath in peaceful serenity, then you’ll be wise to upgrade to a ductless fan.

Vented fans are hardly noticeable. They may protrude half an inch or so from the ceiling. Meanwhile, with many ductless fans, the entire unit can protrude from the ceiling, making them vastly visible.

Adding a ductless fan in your bathroom can bring about specific issues. In case you’re installing a fan in a place where no fan has ever been previously installed, you’re likely to have some extra work on your hands.

This will involve an electrician to create some holes and secure the fan into your electrical system. Other models feature an outlet you can simply plugin, but you’ll need to deal with a cord dangling from your ceiling, which will be almost impossible to hide.

Factors to Consider When Choosing a Ductless Bathroom Fan

One thing to consider when buying a ductless fan is filter replacement. Ductless bathroom fans do have charcoal filters that clean the air. You should check to know how often your fan requires a filter replacement and how much these filters will cost you.

Even though ductless fans are generally quiet, it’s still important to pay attention to the measurement. Note the point here is to get a fan with as little sones as possible. Most people seem to be okay with a noise of 4 sones or less. But this is subject to your own preference.

Another important thing to check out for is the model’s capacity. Fan capacity is identified in CFM (cubic feet per minute). These are the measures that help to know the speed that your fan is operating at.

A considerable way to find out how much CFM you’ll need can be based on 1CFM for each 1 square foot of your bathroom. That means for 50 square foot bathroom, you would require a fan with at least 50 CFM.

Ductless bathroom fans are useful at eliminating odors and toxins. However, they don’t do much in terms of removing moisture. When working on a ventilation solution in your bathroom, make sure you’re not trapping moisture inside the room. It’s best to ensure that your bathroom is up to code and is generally safe against damage due to condensation.

How Much A Cast Iron Clawfoot Tub Worth