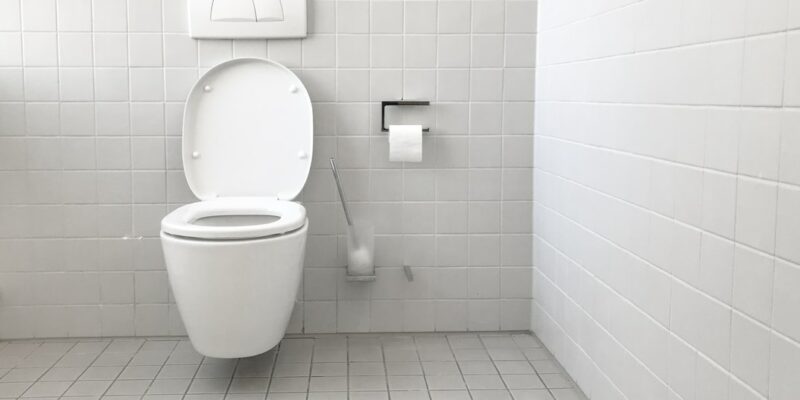 A toilet will almost certainly be required if you build a new bathroom or renovate an existing one. However, it’s possible that the old toilet is still functional and only requires minor repairs, such as a new seat. So, how do you know which toilet seat to acquire if you need to replace one?

Let’s look at how to select a toilet seat right now, at least in terms of size.

This is, without a doubt, the most often asked question about toilet seats. No, toilet seats are not universal, to put it simply. This is since there are two main types of toilet seats, and the toilet bowl will determine the type you receive.

While many toilet seats are interchangeable from one toilet to the next, the distinction between the two toilet seats does provide an issue.

There are elongated and round toilets. As the name implies, Elongated toilets are more oval in shape, or in other words, they are longer than they are wide. Round toilets, on the other hand, have nearly perfectly round bowls and seats. Simply put, a rounded toilet seat will not fit on an elongated toilet, and vice versa.

First and foremost, let’s look at the measurements. Round toilet seats are approximately 16.5 inches in length and 14 inches in width.

Round toilet seats are more prevalent in homes and houses in general. They are also more commonly utilized in smaller bathrooms than their elongated counterparts because they occupy less space.

Also, because these seats are a couple of inches less than the elongated seats, they are slightly less expensive, although not significantly so.

These toilet seats are approximately 18.5 inches long and 14 inches wide.

Many people, particularly men, like elongated seats because of their larger size. Due to its popularity, this seat is standard in most large enterprises, such as airports, petrol stations, and hotels. However, they may also be found in homes and apartments.

How to Measure Your Toilet Seat

Now that we’ve learned about the standard toilet seat sizes, you might be wondering how you can figure out what size your toilet seat is. To ensure that you have all the measurements required before heading to a retail shop, below are the three things you need to measure:

If your seat post holes are 5.5 inches apart, any standard toilet seat will fit, regardless of whether they are rounded or elongated.

The width is standard in both elongated and circular toilets, precisely like the distance between the seat post holes. However, taking these measurements is necessary to ensure that you do not have a toilet with a weird size.

Simply measure across the broadest portion of your toilet bowl to obtain these measurements. Make sure you’re taking your measurements from the outer edge.

Your width should be 14 inches wide. If your measurement differs from this, you may have a non-standard toilet, which we’ll talk about in the next section.

This is by far the most critical measurement. The other two, as previously stated, are usually standard, so if you don’t want to remember three different numbers, just obtain these.

What Is a Non-Standard Toilet Seat?

Any toilet seat that does not fit into the standard sizes listed earlier in this article is referred to as a non-standard toilet seat. They could be a different width, length, or have different spacing between the seat post holes than the typical 5.5 inches.

On that basis, you might also come across square toilet seats or ones with unusual shapes. However, if you buy a toilet seat from a standard store, you will only have to choose between elongated or round toilet seats.

‘Why are there toilet seats that aren’t the standard size?’ you may be wondering. To be competitive and innovative, manufacturers are continuously experimenting with new styles and patterns. As a result, they sell modest quantities of these novel toilet forms and shapes to evaluate if they have commercial viability.

There are two names for this style of seat. Original Equipment Manufacturer (OEM) seats or proprietary seats are the two terms used to describe them.

In either case, replacements for this seat style can be challenging to come by and costly. But all hope is not lost; several specialty plumbing and DIY stores provide odd-shaped toilet seats at a lower cost than buying them directly from the manufacturer.

Can A Refrigerator Be Stored Outside In The Winter Unplugged

Do Nightstands Have To Match Dresser