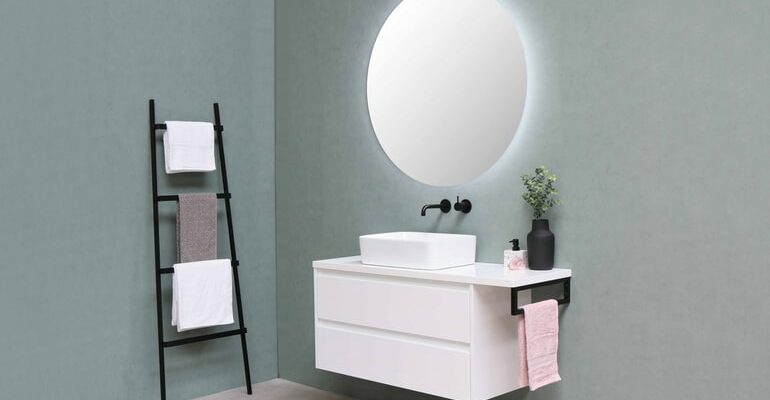 Towel warmers provide a variety of uses and benefits. They’re a great convenience and quite popular.

Aside from heating bathrobes and towels, the best towel warmers can inhibit bacteria build-up and effectively remove the peculiarities associated with damp towels.

However, there’re various things you need to know about towel warmers for safety purposes while using them. Many things can make a towel warmer a bit of a hazard.

Can a towel warmer catch fire?

Towel warmers are usually made of 304 stainless steel.

With a surface temperature of between 45 and 55 degrees (depending on the unit), a towel warmer will not damage towels and clothes and will not burn your hands.

So no; your towels can’t and won’t catch fire. If used properly, towel warmers are very safe to use and have no exposed elements.

It is recommended to use damp or pre-moistened towels in your towel warmer. This is practical because even if you put damp or wet towels, they would eventually dry out because of the heat given off by the machine.

When choosing between these two models you might want to consider two things: design and installation.

If you’re looking for a clean, sleek look without any wiring showing, a hardwired towel warmer can be a great option.

The wiring of these models is basically tucked away completely within the wall. On the other hand, plug-in models are considered the best when it comes to installation.

That said, there’re various points that go into keeping a towel warmer safe for use and free from catching fire. You need to make sure that the power cords are carefully plugged in.

On the off chance, the cord is loose or the wire is coming out of the socket, a small accident could occur which makes the towel warmer can catch fire. Even if these problems are rare, it’s best to be safe than sorry. Pay close attention to the tips discussed below:

Power cords should be completely plugged in

It’s not hard for power cords to get loose considering that they’re constantly unplugged and plugged in again.

You may even accidentally step on the cords. If left loose, the cord could slip out of the socket a little, which can be a fire hazard. You can avoid this by ensuring the cords are plugged fully into the outlet.

You need to be careful with hot outlets. Check them regularly to see if they feel warm, or have smoke coming out of them.

If you realize the faceplate appears to change shape due to heat, turn off the appliances immediately and throw the circuit breaker.

Note that fires could occur when you’re unaware of things starting to heat up. You can stay on top of this by always inspecting the outlets and ascertaining how they look like.

Power cords may be damaged

The towel warmer power cords should be inspected for any possible damage. As mentioned above, rips and tears in cords can easily cause issues, especially in a wet/moist environment.

In case the power cords are damaged at all, be sure to replace them immediately.

While you may not have all the places to plug up your appliances, it is important to understand that overloading the available outlets or even using additional power strips could actually be a hazard.

This will overwork your electrical system, which could cause some serious problems. It’s recommended to use a maximum of four appliances on one circuit at any given time.

Keeping the outlet covers in good condition will help to ensure that nothing gets into the outlet box. Thus, it’s important to inspect and see if they are damaged or not.

Simple things such as a small crack on an outlet cover can bring about a major problem as liquids and debris might be able to get in there.

Use GFCI Outlets for Towel Warmers

One thing that most people neglect when getting towel warmers is the need for grounding. GFCI outlets are considered the best to help with this. Note that there’s just way too much water in the bathroom, so you don’t want to take any chances.

One way to be certain and rest assured that your family is safe when using towel warmers is to let a professional deal with it.

They usually know what to do when it comes to safety. This also means you have a lot less to worry about as you can save yourself time and problems in the long run.

How Do You Place Towels on a Towel Warmer?

Placing your towel over the towel warmer is very simple and efficient. We suggest that you hold it in half lengthwise and then fold it in half. You might want to repeat the same step again if you’re using a larger towel.

Another important thing to mention is that most tower warmers recommend using wet/damp towels.

That means you can put wet towels in a towel warmer. As it sits on the rack, the damp towel will dry out and eventually leave you with a heated towel.

Note that a soaking wet towel is not recommended because it will take longer to heat up and could potentially cause mold issues.

Can I Move Neighbors Stuff Off My Property?

How Long Can You Leave A Towel Warmer On