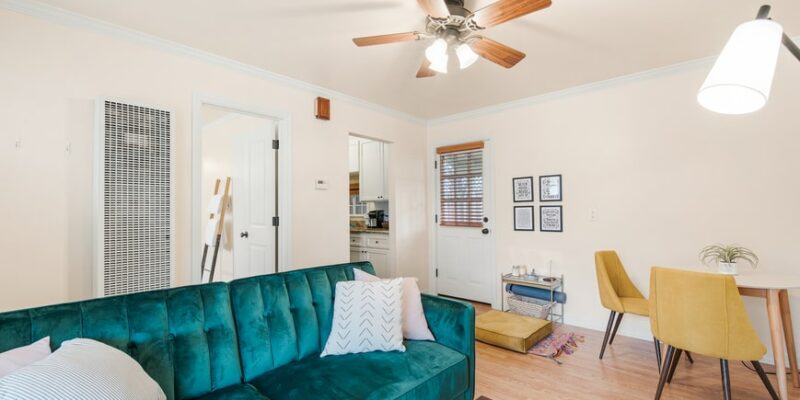 One of the best ways to get the most out of your ceiling fan is to change the direction of the blade spinning motion, reversing the airflow to match your needs based on the season.

However, older model ceiling fans may not feature a reverse function and ceiling fans are still sold today that don’t have this feature.

We’ve developed a handy guide to help you understand how to locate the switch on the ceiling motor if there is one, and learn how to reverse your ceiling fan direction with no switch for a proper rotation of ceiling fan blades.

How To Reverse Ceiling Fan Direction with no Switch

Start by looking at the current location of the blades. Your fan blades should turn clockwise in the winter, pushing warmer air at the ceiling outward and downward into the room.

In summer, the fan’s blade should turn counter-clockwise, steadily pushing air downward, creating a cool-breeze effect. The best way to determine if you really need to change the blades’ direction is to factor in your indoor and outdoor climate.

The next thing is to turn off the ceiling fan. While many homes have an On/Off ceiling fan switch on the wall that is often combined with the light, some ceiling fans have cords or chains that hang from the center of the housing assembly, such that every pull of the cord changes speed or turns the fan on or off. Still, some modern fans feature On/Off buttons on a wireless remote control.

Allow the ceiling blades to completely stop rotating, with no interference from you. Note that even when the blades aren’t turning with any kind of force, you could be risking damage to the blades or your fingers.

Locate the switch that reverses the direction of the blades. Traditional ceiling fans have a switch on the housing assembly near the pull cord or string. However, if you want to reverse ceiling fan direction with no fan, some modern models come with a remote control that includes a button for reversing blade direction.

You can reverse the direction by using a remote control (for the modern ceiling fans) or simply push or flip the switch if you have a conventional model. Turn the ceiling fan back on and proceed with using it in your home to redistribute air.

It’s good to state that the agencies that offer Energy Star ratings recommend that you keep the fan speed on low when reversing blades for winter weather.

You may be wondering if reversing a ceiling fan really works. Well, it’s good to note that the airflow produced creates a wind-chill effect that makes you feel cooler.

Also, running your ceiling fan in the proper direction all year round can help save energy and keep you more comfortable.

Which Direction Should a Fan Spin in Summer?

In the summer, ceiling fans should be set to rotate counterclockwise to push cool air down to the floor. As the cool air evaporates, it creates a wind chill effect that makes you feel cooler without affecting the room temperature.

To confirm if the ceiling is spinning counterclockwise, watch the way the blades rotate. They should move from the top left, then down to the right, and then back up to the top. Also, you should feel air movement while standing under the fan. If you do not feel air movement, then it means the fan is spinning clockwise.

When the ceiling fan spins quickly in the counter-clockwise direction, it pushes air down thereby creating a cool breeze. This helps to keep a room’s temperature consistent throughout the day and reduces the need for an air conditioner to operate constantly.

Which Direction Should a Fan Spin in Winter?

The blade rotation should be set to counterclockwise for cooling, and clockwise direction for redistributing warm air during the heating season. In fact, ceiling fans can make a significant difference as a complement to your HVAC system.

In the winter (when your heater is running), reversing your ceiling fan will move the warm air near the ceiling down to the floor. This significantly reduces your energy use which will ultimately lower your energy bills by as much as 15%.

How to Get Dish Soap out of Dishwasher Rinse Aid

Does pickle juice need to be refrigerated? 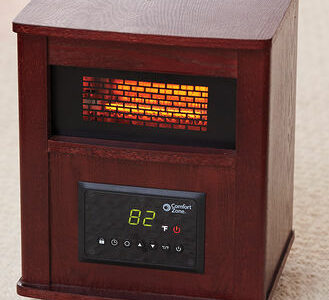 How to Reset a Comfort Zone Heater 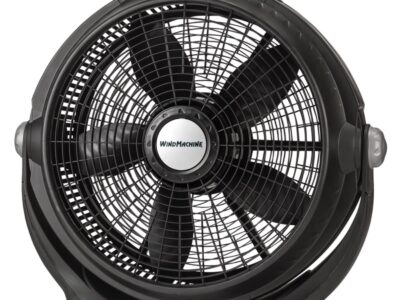 How to Take a Lasko Cyclone Fan Apart For Cleaning 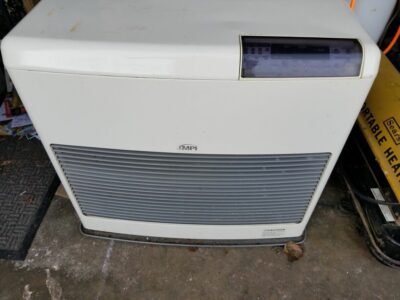 More in HEATING AND COOLING 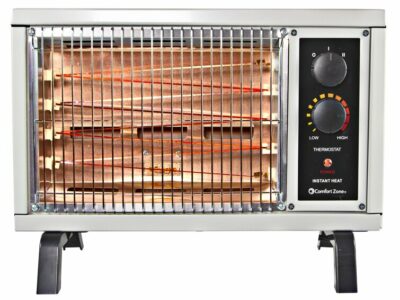 Why Does My Comfort Space Heater Keep Shutting Off? 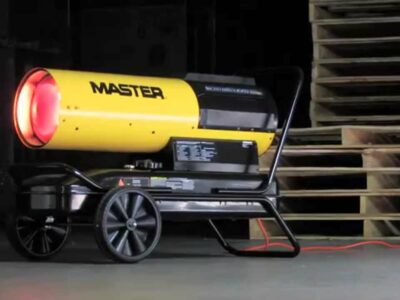