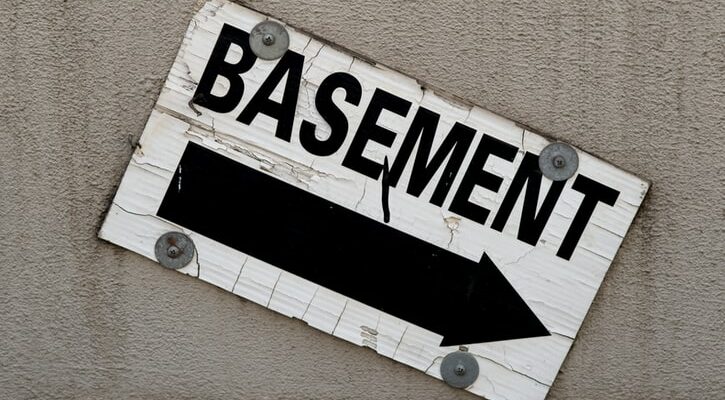 Are you thinking of finishing your basement without getting a permit from the relevant authorities?

Well, the practice might save you inspection costs and the other extra fees that come along the way. However, failure to obtain a permit for basement finish can result in severe consequences.

It’s not wise to finish your basement without obtaining a permit since that might cost your home a lot when it comes to future inspections.

The permit ensures that the basement finishing is done correctly and the building is out of risk.

Avoiding it means that you’re even placing your life and that of the family members at risk. Because of that, the municipality might decide to demolish the already finished work.

Most people believe that only significant renovations such as constructing an additional home need building permits. However, that is not the case since permits are also required for the smaller jobs, and basement finish is not an exception!

When to Go For Basement Finishing Permit

When to obtain a permit for basement renovation solely depends on the extent of work that is anticipated.

Every state has a set of rules and regulations that guide building codes. In most areas, you need a building permit if you’re doing any of the following projects in your basement:

Notably, the electrical works require a fully signed permit from the authority that deals with electrical safety and regulation.

In addition, the specific time when you need a permit for basement finish also depends on your geographical location.

Why Do You Need A Permit To Finish Your Basement?

First, not getting the permit to finish a basement or any home project is not a way of directly breaking the actual laws, but it’s about going against bylaws.

Most jurisdictions consider that you violate the law because bylaws are local laws that are not enforced by the police but by the municipality.

Failure to acquire a building permit is breaking the law- the bylaw and that is illegal.

Building permits are considered valuable because they guide safe construction practices. When you don’t follow them, you will face penalties discussed below.

Municipalities and other legal authorities follow up on basement permits to assess structural integrity and your home’s future.

Thus, the whole process needs considerable oversight to monitor and steer up all the steps involved.

Permit to finish the basement also include significant inspections that will help your project to be a success.

The home inspector will follow up on the permit, and if you have, they will feel engaged to work with you throughout.

Inspectors assess the basement while the finishing is underway to ensure that you comply with the building codes and regulations.

What Happens If You Finish The Basement Without A Permit?

Municipalities have several avenues of punishing people that finish the basement without a legal permit.

Arrests and imprisonments might not be applicable in this case. Still, the other severe outcomes cause significant monetary loss and even the penalty for removing the renovation.

The possible penalties for not getting a permit to finish your basement include:

Fine is the most familiar penalty for individuals who fail to obtain a permit for basement finishes.

It’s easy for the municipality to direct a fine to you. In other cases, they issue it in conjunction with the court order for you to remove the unpermitted work.

The first-time offenders are lucky because the municipality might advise retroactive permits rather than bringing down the already complete project. Of course, if you’re caught, you will have to pay a fine first.

How much a fine is charged depends on the place where you live. In Florida, you can be charged up to $200, while in Baltimore county, the fine penalty starts from $1,000.

Many municipalities order homeowners that finish the basement without the permit to return it to its previous condition.

That means even if you’ve exerted a lot of effort and utilized many resources in turning the unfinished basement into fully finished spaces, you will still be forced to bring it down to nothing since you constructed it without acquiring the legal permit.

When removing the already completed work due to unpermitted finish of the basement, you will still be held liable for any charges.

To avoid the drama and frustrations, it’s recommended that you get the basement finishing permits and work within the jurisdictions of the municipality.

It would help if you were keen because municipalities pursue legal fines and drive homeowners to return the basement to its former condition.

The original value of your property will drop if you don’t obtain the permit for basement finishing since you will lack a second opinion from the inspectors.

Building permits bring in inspectors to ensure that home renovation is done correctly. They also work in marketing your house.

Secondly, there is a higher probability that the buyer will request the building permits submitted to the homeowner’s address.

If you don’t have the license and the basement finish is complete; the buyer might pull back from the deal because they doubt your home’s safety, stability, and transparency.

Insurance companies tend to shy away from homeowners that present for coverage of their home without building permits.

Even if you’ve used thousands of dollars to finish the basement, insurance companies may not cover the costs of replacing the items therein if a disaster strikes.

Either way, the insurance provider may increase the rates to cover the finished basement with no permit.

It’s not by default, but they do so because the un-permitted basement finish has a higher chance of damage in case of a disaster. After all, the space didn’t get the proper access from the building inspectors.

Finally, the other consequences that happen though in rare occasions are house condemnation and the jeopardized mortgage refinancing.

Fortunately, if you have the already finished basement, you can acquire the permit to avoid the stated penalties.

What Happens If I Finish My Basement without a Permit? Now you have an answer.

How to get rid of swamp smell in yard

Should I Buy a House with Asbestos Siding?