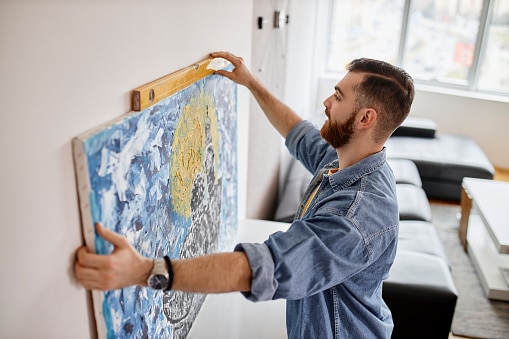 Acquiring a large painting for your home or office space can be an intimidating idea and often large paintings are found in very specific places such as art galleries and studios where space is crafted specifically to accommodate the dimensions of large paintings.

Nevertheless, you will encounter the occasional large painting that you wish would grace your own space. Any painting that occupies more than two-thirds of a wall should be considered a large work of art and some occupy even more.

To avoid being overwhelmed, ensure the room itself can accommodate such an imposing feature and not just the wall.

The best place for large paintings therefore would be large, spacious, airy rooms with high ceilings, lots of natural light, sparse furniture, and minimal foot traffic. Without these preconditions, the grandeur of a large painting will be all but lost.

Few things can add to the majesty of a large painting, however, some artifacts could add a touch of class to the entire picture, and below are a few.

What to put on either side of a large painting

These are light fixtures that are fixed on walls. They are almost always designed to direct light upwards and on occasion to the sides. It is rare that you will find wall sconces directing light downwards since the goal is to create a decorative glow and not to provide lighting.

Wall sconces can be as simplistic or as decadent and extravagant as you would like. Many churches, museums, luxury hotels, palaces, and grand homes are decorated with wall scones all over the interior and exterior.

Decorative wall sconces placed on either side of a large painting would be a most pleasant sight. While providing a light glow that focuses your eye towards the painting, the low lighting also tones down the intimidating quality of a large painting.

Ekphrasis, from which we derive the above term is the creation of rhetorical written literature inspired by a visual work of art to further describe or explore that work of art. This can be in poetry or prose form and usually, the artwork that inspires this form of art is a painting though it can also be sculpture or architecture.

A famous ekphrastic poem is The Starry Night by Anne Sexton that was inspired largely by one of the most famous post-impressionist painters in European literature, Vincent Van Gogh.

The painting she references is one of Van Gogh’s most treasured works by the same name that is today worth over a hundred million dollars.

Any noteworthy painting has many ekphrastic poems to it and you should be spoilt for choice. For any thespian, the beauty in this arrangement is the relationship between the two or three works of art and that one is a part of the other.

As an art aficionado, source some of these poems and use them to frame the painting on either side all while adding to your collection and expanding your art library.

Provenance refers to the history of ownership of a painting or a work of art in chronological order or in simpler terms the journey of the painting since its creation. Art dealers use provenance in large part to determine and assure authenticity.

For art collectors, provenance does even more. In many cases, the different owners, places, and events associated with a painting can add a layer of majesty, awe, and value to the painting.

If your large painting, real or replica, has graced the homes of notable individuals or has been the subject of scandal and intrigue, a copy of the provenance should absolutely be beside it making the painting all the more interesting to possess or admire.

If Rembrandt’s The Storm on the Sea of Galilee was recovered today, after being stolen and remaining unrecovered for the last thirty-one years, its provenance, specifically its journey since it was stolen would in itself be a work of art that everyone would be curious to read. Without question, it would be right next to it.

Place provenance literature next to your large painting to give a viewer more than just the visual appreciation of the painting.

Place portraits or busts of the artist, notable figures you admire, or one of yourself on either side of a large painting. Ensure that together, all the artifacts are well balanced both physically and artistically and this will ultimately create a vivid story worthy of your space.

Large paintings are not easy to decorate around and space is vital if you choose to have one. You may have acquired a large painting that was part of a series and one of the best ways to showcase such a painting is to place it together with the other paintings that it is a part of. This is also easier than coming up with something to place on either side of a large painting.

A good example is Hieronymus Bosch’s painting, A Garden of Earthly Delights which is a three-part painting that tells a single story on three separate canvases.

Contemporary and modern artists have embraced this art form and many paintings are produced on two or more canvases which makes for breathtaking pieces and astonishing visual experiences. By placing triptych works together, you could create a stunning facade in your space.

It is no mean feat to acquire a large painting but it is an even greater accomplishment to utilize its decorative and artistic value skillfully. The ideas above, though not exhaustive should help you display your large painting successfully. 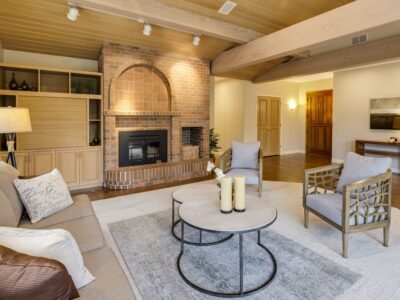 Do I Need a Rug in My Living Room? 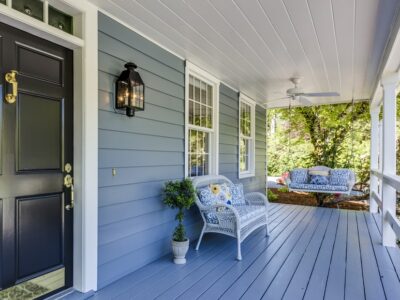 How To Add Depth To A Flat Front House 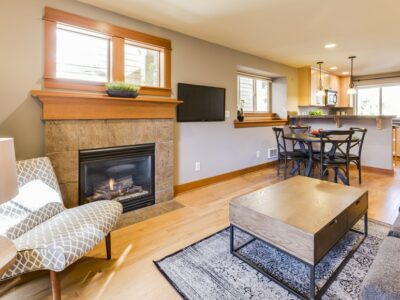 How to Decorate a Deep Corner Fireplace Mantel 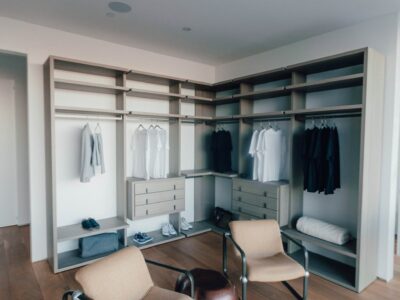 What to Do With Open Space above Closet 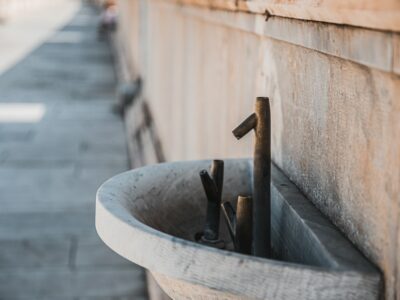 Things To Do with an Old Sink 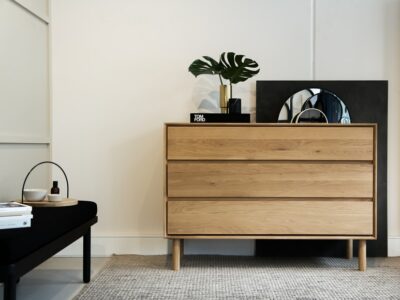 Do Nightstands Have To Match Dresser?