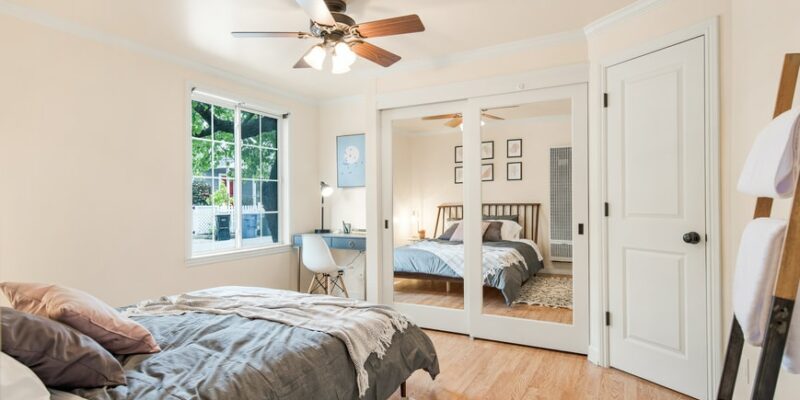 Ceiling fans and chandeliers have been a point of contention among interior designers for years. There have also been arguments between spouses about these two possibilities when upgrading a home or moving into a new home.

Even though both solutions have advantages and disadvantages, some people regard one as an unsightly piece of junk and a waste of their money and space, and the other as a valuable jewel that they must not leave behind. At times, ceiling fans win the race, while at other times, chandeliers triumph.

However, the question remains as to which of them is superior. Is it better to have a ceiling fan or a chandelier? The answer to this issue is that there is no such thing as a one-size-fits-all solution.

In certain cases, a ceiling fan is a considerably better solution, while in others, chandeliers offer additional benefits above ceiling fans.

This varies from person to person and is dependent on a variety of criteria such as the purpose for which the fixture is being installed if you value functionality above aesthetics, whether you are willing to endure some noise in the room, and so on.

The following is a comparison of the benefits and drawbacks of ceiling fans versus chandeliers. The purpose is to assist you in analyzing your circumstance and selecting the best solution for you.

A ceiling fan is a device that hangs from a building’s ceiling. The device is powered by electricity and contains a motor that turns blades that move air about the room.

Ceiling fans are often larger and slower than other types of fans. Air conditioning, pest control, and lighting are all applications for the gadget.

Situation When a Ceiling Fan is Preferable to a Chandelier

Ceiling fans are fans that are mounted on the ceiling. Their main function is to circulate air in your room. Air circulation is important because it contributes to air conditioning. The wind chill effect created by ceiling fans makes offices and homes feel comfortable.

Ceiling fans circulate the air around the room rather than cooling it. This causes sweat to evaporate quickly from the human skin, making you feel cool.

Turn on your thermostat and your fan clockwise whenever you wish to warm your room. Of course, an advanced fan with counter-rotation capabilities is required. Warm air will be forced down towards the floor as the fan rotates clockwise and distributes around your room, making it warm.

Size of the Room

According to experts, the height of your ceiling is a major factor in whether or not you can utilize a ceiling fan. Ceiling fans function best in rooms with a height of seven to nine feet above the floor. 10 to 12 inches should be the optimal space between the fans and the ceiling’s tip.

Fans with large blades serve a huge room. A fan with a 40-inch diameter can cover roughly 200 square feet. Greater rooms benefit from those that are 50 inches or larger.

Ceiling fans are effective bug deterrents, which may come as a surprise to many fan enthusiasts. Pesticides, electrical killers, ultrasound, and chemicals can all be used to control pests in your home.

Ceiling fans, on the other hand, can also be used. They are a mechanical technique to keep these obnoxious animals out of your home.

Flying insects find it difficult to maneuver in and around the house because of the fan. It generates a sweeping current of air that disrupts the bugs’ flight route.

When the fan is running at high speed, it can hit the insects. The bugs are unable to obtain food or mate as a result of these disturbances. As a result, the insects die off, and you can rid your home of them.

A fan will not only make your room or office cozy, but it will also light it up. The days when a fan’s sole purpose was to circulate air are long gone. Today, you can get cutting-edge ceiling fans that include attractive lighting and blade designs that complement your home’s decor.

Chandeliers are suspended lights that, in addition to lighting the room, add to its beauty. Traditional chandeliers use a huge number of crystal prisms that refract light across the space.

Traditional girandoles have a simple design with lamps and other bulbs. Convectional chandeliers sometimes have a translucent glass covering that covers each lamp.

Situation When a Chandelier is Preferable to a Ceiling Fan

Modern ceiling fans are attractive and come with a variety of décor options. None, however, compare to the visual value that a chandelier provides.

The lamps are made up of light patterns that are imaginatively crafted and hung from the ceiling. Its crystals and great style make it a must-see for anybody who comes to your house.

These lamps’ elegance blends well with any interior design or decor style. Hanging a chandelier in your home will provide a high-end gathering spot for your family or visitors.

Isn’t it true that a chandelier composed of glass and bulbs might be rather fragile? Metallic, wooden, and crystal units, on the other hand, are not only robust but also long-lasting. Small stones in a crystal chandelier light refract the light in the room. This results in a sophisticated glow.

Molten rocks are used to create crystal jewels. Precise procedures are used to carve the rocks into prisms. Even in the harshest of environments, the spectacular appearance of crystal jewels does not fade. Chandeliers outlive ceiling fans because of their robustness. Keep in mind that the latter’s blades are readily damaged following compression or a fall.

A well-lit room typically has multiple lampstands on the floor and lights on the wall. Such lights necessitate much drilling and take up much space. A chandelier frees some space in your room.

This is because the lamp is usually suspended from the ceiling. Installing it from the top frees up space on the walls and the floor, which is what every designer wants.

The Height of the Room

The size of your room determines whether or not a chandelier is appropriate. If you wish to use a candelabra lamp, your room should have a minimum height of 8 feet.

For many homeowners, deciding between a ceiling fan and a chandelier can be a difficult undertaking. Fans improve air quality, add to the decor, provide lighting, and keep pests at bay.

Look no farther than ceiling fans if you want your appliance to work in tandem with your HVAC system. However, if you are a fan of interior design, you will certainly fall in love with chandeliers.

Which of the fans or the chandelier is a better option than the other is a personal choice that varies from person to person. The cardinal rule is to choose what best suits your home and, without a doubt, your heart.

How to save plants from dog urine 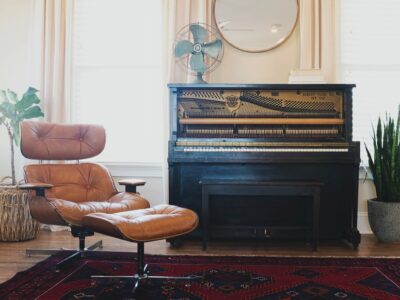 How to Hide the Back of a Reclining Couch 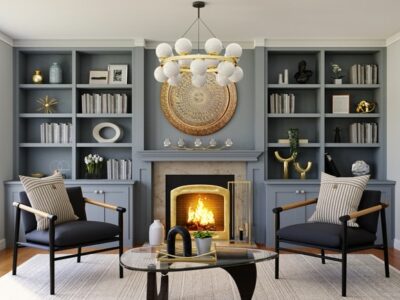 What to put on either side of a fireplace 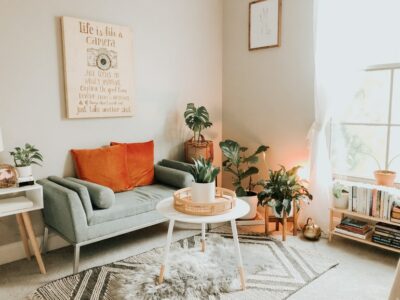 What to Do With Unused Front Living Room 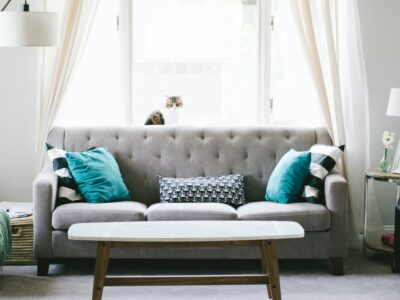 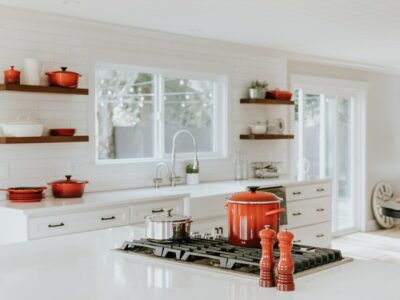 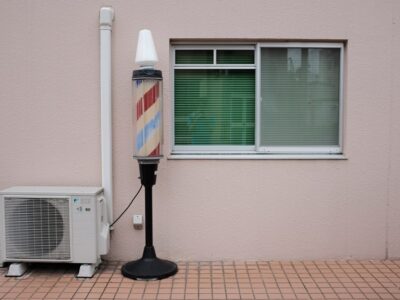